The not inconsiderable sum of $ 34 million was raised by Christie’s at its October 1 auction in New York. Good health in the art market, despite the daily ups and downs.

It is vital to mention that, although Fabelo’s work has been systematically and successfully added to other editions of Christie’s, specifically those of Latin American art, this is the first time that his poetics has been inserted in one of the Christie’s international art auctions, from the postwar era to the contemporary. So, if on other occasions Fabelo’s lots have been exhibited and sold together with names like Wifredo Lam, Roberto Matta, Diego Rivera, Frida Kahlo, Fernando Botero, or Leonora Carrington, among other renowned Latin American artists, this edition will include rubs shoulders with works by Frankenthaler, Guston, Kusama, Jackson Pollock, Andy Warhol and Damien Hirst. In another set, Fabelo’s work can be viewed from different dimensions. And it acquires a new visibility, facing another niche of art collecting.

“The Speech of the Flies”, a triptych by Roberto Fabelo, reached $ 525,000, breaking his world record. The work, lot 178, was accompanied by an extensive essay by the art critic Donald Kuspit, who in addition to once again qualifying the artist as a modernist master and master of the morbid, referred to the piece in question as a surrealist masterpiece. . Kuspit culminates his text by stating that if the task of modern art is to integrate traditional and modern art, then Fabelo is a post-modern master. Fabelo’s work was the twelfth best record out of a total of 215 lots auctioned. 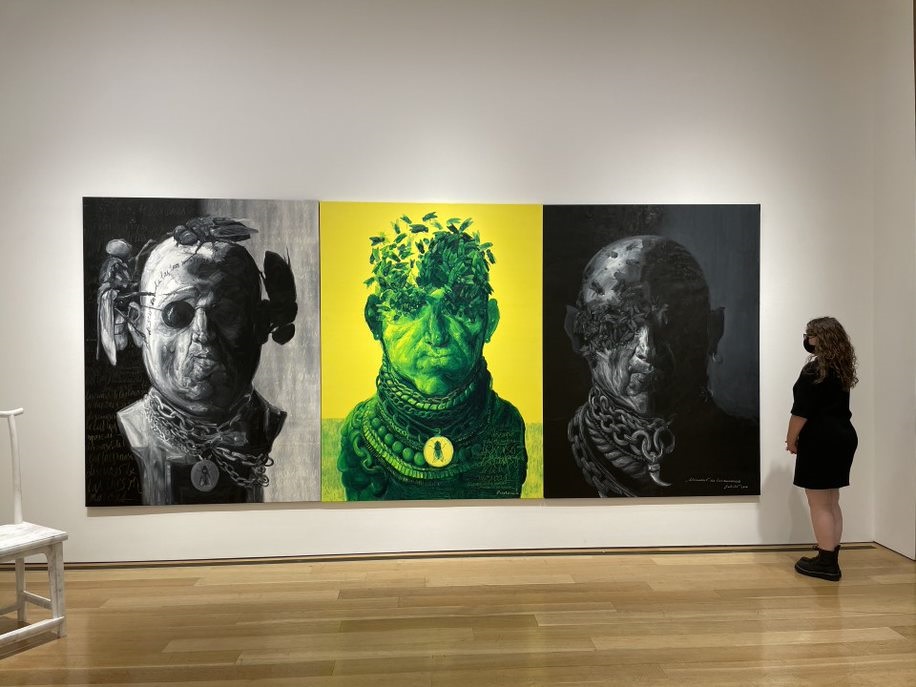 We use cookies on our website to give you the most relevant experience by remembering your preferences and repeat visits. By clicking “Accept”, you consent to the use of ALL the cookies.
Do not sell my personal information.
Cookie SettingsAccept
Manage consent

This website uses cookies to improve your experience while you navigate through the website. Out of these, the cookies that are categorized as necessary are stored on your browser as they are essential for the working of basic functionalities of the website. We also use third-party cookies that help us analyze and understand how you use this website. These cookies will be stored in your browser only with your consent. You also have the option to opt-out of these cookies. But opting out of some of these cookies may affect your browsing experience.
Advertisement
Advertisement cookies are used to provide visitors with relevant ads and marketing campaigns. These cookies track visitors across websites and collect information to provide customized ads.
Analytics
Analytical cookies are used to understand how visitors interact with the website. These cookies help provide information on metrics the number of visitors, bounce rate, traffic source, etc.
Functional
Functional cookies help to perform certain functionalities like sharing the content of the website on social media platforms, collect feedbacks, and other third-party features.
Necessary
Necessary cookies are absolutely essential for the website to function properly. These cookies ensure basic functionalities and security features of the website, anonymously.
Others
Other uncategorized cookies are those that are being analyzed and have not been classified into a category as yet.
Performance
Performance cookies are used to understand and analyze the key performance indexes of the website which helps in delivering a better user experience for the visitors.
SAVE & ACCEPT
Powered by